In 2016, Canadian-based company Sixth Wave revolutionized the mining sector by launching a new product with the potential to increase profits by about $100 per ounce. This income boost comes from extra gold recovered, as well as savings during processing when compared to the most popular method using activated carbon. The developing team believes this technology could represent extra profit for a sector that mines hundreds of thousands of ounces of gold every year.

In most sectors, technology has changed beyond recognition during the past 100 years, but the mining industry is often reluctant to progress. The method that is still commonly used today has changed very little since its inception. Briefly, gold-containing ore is crushed into small pieces, mixed with a cyanide solution, and passed through activated carbon. Any gold trapped in the activated carbon filters is then recovered and baked at around 700°Celsius.

Activated carbon has served the mining sector well up until now, despite its many limitations. The main problem is its inconsistency, with results highly variable depending on the type of ore, the quality of the activated carbon, and even the pH in the cyanide solution. In addition, it’s a time-consuming and complicated process that requires equipment capable of handling strong chemicals at high pressure (50 psi) and high temperatures (~160°c).

Despite being widely used in gold mining, activated carbon is actually not very efficient at targeting this metal, and other materials present in the solution – like copper, nickel, or even silver – are also collected, adding to the difficulty of recovering pure gold. To make things even worse, about 10% of activated carbon is broken in each loading-unloading cycle, further adding to costs.

To avoid these downfalls, Sixth Wave’s objective for the past few years has been to find ways to eliminate activated carbon in the mining industry. The company turned to one of their first products to be launched on the market for inspiration- an explosive detection device used by the US Military to detect IEDs. Using the same principles, the research team developed a new product which they called IXOS beads.

Each bead is molecularly imprinted to target only gold and leave any other chemicals untouched. What looks like a simple polystyrene ball, is actually a highly sophisticated piece of engineering with millions of minuscule pockets that are a perfect fit for a molecule of gold.

These beads are not only incredibly efficient at finding gold – up to 10 times more gold than activated carbon with four times higher purity – they also reduce the amount of gold lost during recovery and have an incredibly long life without affecting performance. The process of removing gold from the beads is also simpler and less expensive than the same step with activated carbon. Also, IXOS beads are champions in recycling. The beads themselves can be used again and again, but also most chemicals used in the process can also be recycled. This means lower consumption of water and chemicals, resulting in significantly lower energy requirements.

Finally, this technology is also better for the environment. Given that the entire system can operate at much lower temperatures compared to activated charcoal, the risk for airborne contaminants, such as mercury and other toxic chemicals, is significantly reduced. Then there’s the issue with sourcing activated carbon from burnt coconut husks. In the past, there have been instances where coconut husks were in short supply, which obviously leads to adverse effects on the mining industry. This would never be the case with synthetic IXOS beads.

To back all these claims, Sixth Wave has conducted multiple laboratory and field trials. Some of these were completed in partnership with the biggest gold mining companies in the world and using different systems, including high-grade, low-grade, and refractory ores. In all of these studies, IXOS never failed and always performed better than activated carbon.

These studies also included extensive tests simulating multiple cycles of loading and unloading to test the quality of the beads. Minimal signs of wear with IXOS is in stark in contrast with activated carbon, which breaks easily during the process, costing the industry millions of dollars per year. These small breakdown products never get recaptured, and the gold is lost.

Also, IXOS mining plants can be a fraction of the size of their counterparts using activated carbon. With a higher affinity for gold and a much faster process (3 hours vs. 24-48 hours with activated carbon), these plants need to process significantly lower amounts of rock. These are major cost savers for the mining industry, and Sixth Wave estimates that IXOS beads can lower processing costs by up to $100 per ounce.

Historically, the mining industry is not known for its technological innovations, but this could be a game-changer for this sector. The motivation to accept new ideas is becoming more popular, which is good news for Sixth Wave. Reality is that even as low as a 10% adoption of IXOS beads could represent $100M revenue for Sixth Wave and over $1B industry savings.

The New York Police Department calls it an “invisible bullet.” President Trump has referred to the disease as the “invisible enemy,” and still other publications have deemed COVID-19 a “silent assassin.” Regardless of the villainous name that we give it, the... 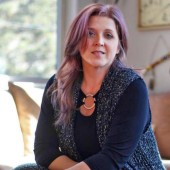